Joel burst onto the scene last year after transitioning from a 400m runner (who played a bit of Football) to the 100m under the guidance of two-time Stawell Gift winner Josh Ross as his coach.

Winning the Victorian Title, coming 3rd at the IAAF World challenge in Melbourne and then 2nd in the Commonwealth Games selection trials, Joel has really caught the eye of the National selectors.

Recently he was ear-marked to be heading to represent Australia at the World Relay Challenge in Barbados in May 2014 before a hamstring injury sidelined him.

That’s where MyPhysio have come in!

Together we will work towards getting Joel not only back to his best, but better than his best so that he can represent Australia at this years Commonwealth games in Glasgow.

Joel is currently a full-time athlete currently dedicating his life to the goal of representing Australia. If you know of any other sponsors that may be interested in supporting Joel please contact the clinic and we can put you in touch with him. 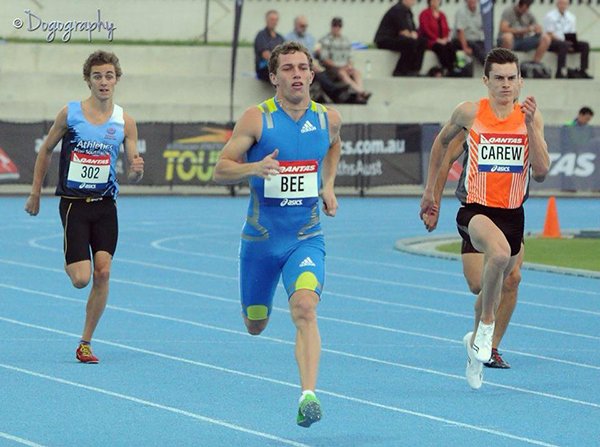